Seeking help for PTSD? Contact us or continue reading to learn about PTSD treatments and how Transcend can assist you.

Stress is a normal phenomenon in people's lives. However, frightening incidents, such as a natural catastrophe, an injury, or a sexual attack, cause anxiety and render things more challenging to handle for an individual, contributing to a more worrying problem—post-traumatic stress disorder (PTSD).

At least 7-8% of the US population has experienced PTSD at any point in their lives, with women witnessing it at a rate 10% higher than males. Although it is commonly identified with war victims, it can happen to anyone at any moment of their lives. As a result, recovery service providers like Transcend Recovery Community stress the importance of giving ample support and emotional encouragement to people suffering from PTSD.

What Is PTSD Therapy?

PTSD therapy is a way for patients to take ownership of their lives. Psychotherapy is the preferred remedy, although people who have PTSD can also use medicine. Combining these therapies will help relieve a patient's symptoms by accomplishing the following:

PTSD therapists can help you with your post-traumatic disorder by identifying what sort of treatment will work efficiently for your particular case. It may require individual counseling, community therapy, or a combination of the two. Group counseling will help you bond with people who are going through similar things.

Healthcare professionals trained in dealing with PTSD cases include:

Clinical psychologists are certified practitioners who specialize in behavioral health evaluation and recovery. They hold a doctoral degree and have completed four or more years of graduate study in clinical or counseling psychology. Psychologists may have another 1 or 2 years of supervised clinical training before they can be allowed to work. It is worth noting that they use the designation "doctor" regardless of their doctoral degree; however, they cannot administer medication in certain jurisdictions.

Social Workers In The Healthcare Setting

Social work aims to improve people's well-being by assisting them in meeting their essential human needs. Licensed social workers practice in fields such as behavioral welfare, aging, families, youth, and patient evaluation and care. The majority of professional social workers hold a master's degree from two years in graduate school or a doctorate in social work.

Transcend Recovery Community provides spiritual guidance and growth while encouraging recovery to individuals. It works with its sister company, The Heights Treatment, which specializes in several treatment services to support people who have PTSD recovering from their trauma.

The Heights Treatment's mental health programs aim to relieve their symptoms while still strengthening their overall perspective and quality of life. It rehabilitates its clients using a multi-tiered strategy that considers their particular range of experiences. This approach can help them comprehend their client's condition and determine the root causes of the issues. Transcend later assists these individuals by incorporating counseling and positive reinforcement to help patients overcome these obstacles in the most efficient manner possible.

People with PTSD who need a more versatile and autonomous approach to their care may benefit from outpatient mental health services. Transcend uses a variety of psychological therapies, including:

These certified and effective measures and inpatient rehabilitation treatments on top of Transcend’s expertise in spiritual recovery and group counseling help patients get the leg up that they need in ensuring that they have another chance in life. 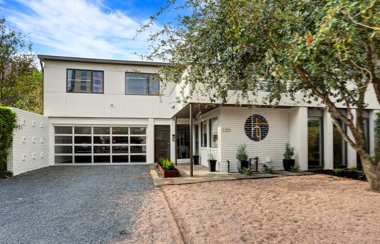 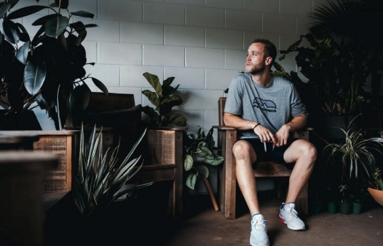 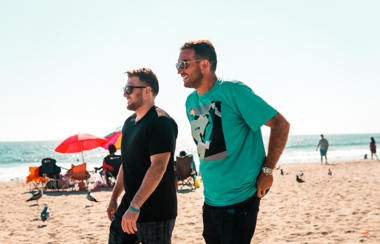 How Do You Treat PTSD?

Before undergoing PTSD treatment, mental health specialists must thoroughly examine the patient to be clinically diagnosed.

A person's symptoms must persist for longer than a month and trigger substantial pain or complications with everyday functioning. Many people show signs within three months after the incident, but symptoms may start later and last for months, if not years.

The National Center for PTSD under the US Department of Veteran Affairs advises individuals who suffered trauma to undergo a "PTSD screen." The screen includes a brief set of questions to determine whether a more detailed evaluation is needed for the patient. It is also essential to note that the screen's findings do not indicate whether an individual has PTSD--the patient would still need to

Getting PTSD therapy is crucial since it allows a patient to:

People who have PTSD may decide to go to counseling to see their condition improving more. Among these therapies are:

In addition to treatment, patients may need drug prescriptions as part of their treatment regimen if needed. Typically, doctors will start with drugs that influence the neurotransmitters serotonin or norepinephrine (SSRIs and SNRIs). Although drugs cannot eliminate symptoms, they can render them less severe and more manageable.

What Are The Four Phases Of PTSD?

PTSD manifests itself in various ways and may influence individuals of either gender, ethnicity, or social background. They may go through four (4) phases, with the severity differing based on the extent of what they have seen or encountered.

This stage begins directly after the stressful incident. At this point, the afflicted person is still recovering from the trauma of what occurred. He or she would be very nervous, hypervigilant, and riddled with feelings of guilt. Characters suffering from this stage of PTSD are often depicted in media representations of PTSD. War veterans and assault witnesses – who have recently returned from war or are in a police station directly after an attack – always come to mind.

When it comes to PTSD treatment, not everyone feels denial. However, individuals who do so will begin to have intense emotions triggered by reminders of the stressful incident. Though they will try, either knowingly or unintentionally, to avoid those difficult emotions. Many that are susceptible to utilizing alcohol or other illegal substances are particularly sensitive to numbing behavior at this point.

During this process, issues that need urgent attention are discussed. The person who has PTSD can try to return to daily life and recover a sense of normalcy. This stage can go either way: people can either seek support from others or become disillusioned and pessimistic. Nightmares and repetitive thoughts persist at this time, making daily life challenging.

The patient will begin to experience trauma-related symptoms such as anxiety and nightmares. These adverse effects, though, may be diminished and ultimately reversed with medication. People who have PTSD can adjust to a calmer, fuller life if they get consistent care from professionals, families, and friends.

Can PTSD Be Cured?

PTSD, like other psychiatric disorders, has no cure, although effective mental health therapy may successfully treat the effects to help the patient return to normalcy.

A mixture of medicine and treatment is the only option for overcoming PTSD. Individuals with PTSD can overcome their triggering factors and learn new and successful methods of dealing with their past trauma burden by engaging with a healthcare provider.

Yoga has been found to have significant therapeutic effects on various groups, particularly those with mental health problems, and is commonly used for stress reduction. Trauma-sensitive yoga can be very beneficial for people who have PTSD.

The Chinese medicine energy technique requires sticking thin needles into various parts of the body to avoid potential issues or cure health conditions. The Department of Veterans Affairs has licensed acupuncture as a supportive and alternative medicine therapy for PTSD, and trials have found it safe and cost-effective.

Transcend Recovery Community encourages recovery by counseling and encouraging individuals with PTSD through its numerous initiatives and facilities. On the other hand, its sister company, The Heights Treatment, provides dual diagnosis and case management services that will significantly benefit the treatment of behavioral well-being problems induced by severe trauma.

The Heights Treatment detects any co-occurring conditions that may impair their mental state, especially if they succumb to drug or chemical addiction due to their mental health issues. It strives to treat all alcohol and mental well-being problems among its clients adequately and acceptably. It believes that being acquainted with its clients' issues would promote a successful recovery strategy.

Relapse prevention programs ensure that patients manage to work post-treatment successfully and remain faithful to their routine until they conclude their recovery plan. It also supports people dealing with post-therapy treatment or those transitioning back to their everyday life.

Meanwhile, Transcend supplements these treatments by offering assistance to participants in their rehabilitation by tackling central themes, such as self-care, culture, life skills, and faith. It believes in the importance of community—a prime component in making any rehabilitation program successful. It recognizes the value of providing a sound support system for a recovery plan to be effective. Patients can connect themselves to a family consisting of patients, staff, and clinicians to help them on their road to recovery.

Are There PTSD Treatments And Therapies Near Me?

People who have PTSD will finally enjoy a life free of anguish, stress, and trauma. There are various PTSD treatment centers and clinicians willing to support them with their mental health issues.

While not being an exclusive treatment center, Transcend Recovery Community can help PTSD sufferers by providing spiritual guidance and sober living arrangements to help them continue their recovery journey. It has locations in Los Angeles, Houston, and New York that you can easily visit to help you with your ongoing PTSD issues.

There is a vibrant New York sober living community at Transcend waiting to support you on your road to recovery.
‍343 W 71st St, New York, NY 10023, United States

Patients will also find a loving and supporting environment together with a strong community of residents, care providers, and health professionals. You may discuss your concerns with any of Transcend's PTSD counselors at 800-208-1211 for more guidance about how you can start your recovery right away.